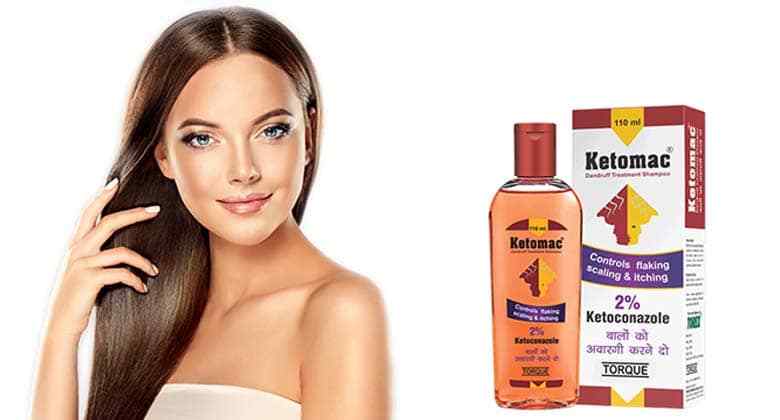 Many people are so much into taking care of their health and skin, but they forget about another essential part of the body: hair. They think that taking a bath twice a week is good enough to protect the hair and take care of it. They fail to understand that hair also needs protection and care, just like the skin. Hair has a vital role in appearance, and when not protected, many issues arise.

One of the significant problems is dandruff, and it is a nightmare for most people. Dandruff is regular, but it can be unpleasant and hard to handle. It is not linked to hygiene, but it may help remove old skin flakes by washing and brushing the hair. Some risk factors are involved with dandruff, including specific skin or medical disorders and improper hair products are used.

Though a lack of hygiene does not cause it, it can be embarrassing and socially awkward. As such, people have developed home remedies as well as modern medication to deal with this problem. Dandruff treatment shampoo is too available to overcome these problems.

Dandruff is caused by the excess presence of the fungi Malassezia on the scalp. This fungus occurs naturally on the human skin, but in those suffering from dandruff, it is found in excess, causing scaling, flaking, and itching.

Ketomac is a brand of anti-dandruff shampoo made and retailed by India based Torque Pharmaceuticals. The latter beliefs in devotion to excellence, impeccable quality, and constant innovation. It is passionate about delivering high quality medicated products to the masses at affordable rates.

Ketomac is a beautiful product from the Torque stable. It has proved to be the most effective medication against dandruff. Ketomac dandruff treatment shampoo reviews are proof of its popularity.

Ketomac contains the compound ketoconazole. This compound is found in a 2% aqueous solution in the shampoo. Ketoconazole is a broad-spectrum antifungal agent that is in the same category as another azole fungal. It is also effortless to use.

The Ketomac shampoo can be combined with water and applied to areas of skin that have been damaged. You can wipe it back after some moment and see the redness and inflammation have fallen. As for the skin, you should mix the shampoo with water before applying it to the surface and massage it gently on the skin and scalp. Enable the skin to stay on for some longer and dry it off. You will see the benefits if you keep on using them. Also, the price for Keto clear shampoo is affordable.

Ketomac anti-dandruff shampoo reviews are excellent about how it fights dandruff. Ketoconazole interferes in the production of ergosterol- a vital component of the cell membranes of the fungi. This causes holes to appear in the cell walls resulting in leaking out of cell contents and ultimately in the death of the cells.

When a person is affected by dandruff, it doesn’t stop with it. Having dandruff also causes hair fall and hair thinning. Hair fall is not only a dandruff symptom but also a severe problem that affects men and women. Though obviously, we are susceptible to hair loss in some seasons, it can lead to baldness if it doesn’t grow back. It is known that dandruff can be eradicated continuously when used with ketonic shampoos. Ketoconazole is an antifungal agent, and it prevents hair from falling when applied to the head and encourages hair growth. There are also several reviews of ketonic shampoos on a website where people have written a positive review of the drug.

Usually, people are a little bit nervous about using a new product on their hair and skin. Typically, customers get goods that are given total ratings and feedback. There are plenty of supportive reviews when it comes to Ketomac products too. The consumer reviews of Ketomac shampoos are all genuine.

Ketomac shampoo reviews also praise the nature of the shampoo. Coming in a 110 ml bottle, it is running and flowy with rust orange colour and the smell of lemon and has a shelf life of 3 years. All you have to do is store it in a dark, dry, and cool place. It must be protected from sunlight.

There are many shampoos in the market to cure dandruff, but Ketomac shampoo is the most effective. It has positive and satisfying comments from the customers.

Ketomac is also recommended for treating several skin conditions. The Ketomac shampoo has had the key ingredient as ketoconazole which ceases the fungal attack on both skin and scalp. This shampoo can also cure other conditions like,

Ringworm –They are rusty, scaly patches shaped on body parts, including the scalp. They are fungal infections that we get from encounters with animals and from the environment. It may be cured with Ketoconazole-containing medications and shampoos.

Pityriasis Versicolor is caused by a yeast infection, in which areas of the body, including the scalp, become flaky discoloured patches. The secretion of excess oil causes it. This is often person-to-person infectious and distinct from dandruff.

Scalp Psoriasis – Red patches on the scalp are caused by the weak immune system, which fails to protect the body against fungal infections. Cancer is often caused by different causes and can be fatal if untreated. It’s best to handle it because smoking, hair loss, depression, and baldness can be caused if un left.

Lichen Planus– Are red-violet plaques on the skin. It is rare to grow on the scalp, but it causes itching and hair loss.

Many of the symptoms can be eradicated, while others can be handled using ketoconazole shampoos. Generally, it reduces the skin’s redness, scratching, and scaling. Please ensure you are not allergic to ketoconazole until using them. Consider adding a little bit of the Ketoconazole shampoo to the skin and wash it away after a couple of minutes. Be sure the shampoo does not cause burning sensation, redness, or blisters on the surface. Sometimes, it is best to consult a doctor about the use and dosage before using the shampoo.

It also helps in reducing inflammation and stops the progress of dandruff from worsening to seborrhoeic dermatitis. It can also be used to treat skin conditions like TineaVersicolor, Ringworm, Jock itch, and Athlete’s foot.

Although ketoconazole is most widely used in treating infections or conditions such as seborrheic dermatitis for its antifungal properties, it can also help promote hair growth or reduce hair loss.

Dandruff is caused by a combination of 3 factors: a naturally occurring microbe on the scalp, sensitive scalps, and natural oils. The microbe is Malassezia, which is found in excess and feeds on the scalp’s natural oils called sebum. When sebum breaks down, it generates a side product called oleic acid. 50% of all people are sensitive to oleic acid, so the scalp becomes inflamed and irritated. This inflammation makes the skin itchy and red and signals the brain to shed cells quicker. These cells emerge in the form of white flakes of dandruff.

Using the Ketomac shampoo alone is not enough; using it in the right way on the scalp is also essential. It is suggested to use the Ketomac shampoo in warm water. Warm water loosens the extra oil and helps open your pores, allowing your shampoo to penetrate deeper. And you do not get all that clean without a wet foundation.

Also, use the nails to clean your scalp and give a good massage for at least five minutes. By doing so, all dandruff in the scalp goes away while washing with water. Applying shampoo on the hair directly is strictly prohibited. Shampoo shouldn’t rest on one part of your hair. If you don’t spread it uniformly over your hair, you are using more shampoo than required. First, drop a tiny amount into your hand, then lather.

If you are not rinsing your hair well, there will be a small shampoo on the hair every wash. This residue builds up over time and might cause dandruff and itchiness. Shampooing regularly like 3 to 4 times a week can help remove oiliness, flakes, and the build-up of dead skin cells. Many people have found that such regular shampooing with everyday products has not brought the result. As such, medicated shampoos like Ketomac have come to the rescue. Customer reviews recommend that shampoo Ketomac be used regularly, at least for one month, to have visible results.

As per the Ketomac shampoo user review, it is thus the number one remedy for dandruff. The Ketomac shampoo hair loss price is affordable for everyone in the market. It can be easily bought online. All you have got to do is go to the website and order them. They can be delivered to the desired location.

previousPrescription Medication For Athlete's Foot: What Should You Do?