Fungal infections are common throughout much of the natural world. Fungal infections emerge when an invading fungus takes over an area or zone of the body and is too much for the immune system to deal with. Go through this blog section to identify fungal infections.

Indeed, you can quickly identify fungal infection if it happens to you. You need to know that fungi can breed in the air, water, soil, and plants. There are even some fungi that live naturally in the body of human beings. Like many microbes, there are assistive fungi and harmful fungi. When harmful fungi attack the body, they can be challenging to kill, as they can survive in the environment and re-infect the victim, trying to get better.

Once you know the symptoms, it will be easy to identify fungal skin infections.

The symptoms of a fungal infection are going to depend on the type, but common symptoms can be like the following:

What are the types of fungal infections?

Tinea pedis, or that of an athlete’s foot, is a common fungal infection that impacts the foot. The athlete’s foot is generally associated with sports and athletes because the fungus increases ideally in warm, moist environments, like socks and shoes, sports equipment, and even locker rooms. In reality, anybody may be affected by an athlete’s foot, and it is most general in warmer climates and summer months, wherein it can swiftly multiply.

The symptoms of an athlete’s foot may vary slightly from person to person. Classic symptoms include:

– redness or blisters on the impacted area

– the impacted skin may be soft, or layers might start to break down

– cracking or peeling the skin

– itching, stinging, or even burning sensations in the infected area

Remember, athlete’s foot is mainly treated with topical antifungal ointments available to purchase over-the-counter or even online. Severe infections can demand additional oral medications as well. The feet will also need to be cared for and kept dry to kill the fungus. Prevention methods would be allowing the feet plenty of air to breathe and keeping them clean and dry. It is a great idea to wear sandals in public showers or locker rooms.

Vaginal yeast infections are a form of Candida overgrowth in women, generally caused by Candida albicans. An overgrowth of Candida disturbs the average balance of the bacteria and yeast in the vagina. Such an imbalance of bacteria can be due to antibiotics, stress, even hormone imbalances, or poor eating habits, among other things. Candida infections can even commonly cause fungal toenail infections and diaper rash.

– itching and swelling near the vagina

– burning sensations or extreme pain during urination or intercourse

– redness and soreness on and surrounding your vagina

– strange vaginal discharge, such as grey clumps that look like cottage cheese or an extremely watery discharge

Tinea cruris, commonly known as jock itch, is another widespread fungal skin infection. These fungi love warm and moist environments and thrive in moist areas of the body, such as your groin, buttocks, and inner thighs. Jock itch could be more common in summer or warm, humid areas. Jock itch is somewhat contagious and is mainly spread through direct contact with an infected person or an object with the fungus.

Jock itch emerges on the body as an itchy, red rash that mostly has a circular shape. Symptoms can be like:

– redness in the groin, buttocks, or thighs

– a red rash having a circular shape and raised edges

– chafing, itching, irritation, or burning in the infected area

– cracking, flaking, or even dry peeling of skin in the infected area

Treating jock itch mainly involves topical antifungal ointments and also proper hygiene. Many cases of jock itch are enhanced by over-the-counter medications, though some demand prescription medications. Cleaning the impacted area and keeping it dry can even help kill the fungus. You can even ask for keto skin cream prices and start using it, and it might give you relief.

Similarly, jock itch can be averted by wearing loose-fitting natural fibres, like cotton underwear available to buy online. Avoiding contact with other people who have the infection is also significant. Evading shared items, such as towels and sporting equipment, could also help.

Tinea corporis or ringworm is a skin infection triggered by a fungus that breeds on dead tissues, like the skin, hair, and nails. Ringworm is a fungus that triggers both jock itch and athlete’s foot. Once it appears anywhere else on the body, the infection is known as ringworm.

Ringworm is generally easy to notice because of its shape. Over time, a red patch that could itch or be scaly will mostly turn into a raised, ring-shaped skin patch. It could even spread out into various rings. The outside of the ring is red and can appear raised or bumpy, while the inside of the ring remains clear or scaly. Ringworm is highly contagious, and it can be spread by skin-to-skin contact or from links with pets like dogs. The fungus can also survive on clothes, towels, and brushes.

Thus, check out Keto skin cream if you identify fungal infection issues on your skin. It is better to be careful than to be sorry later on.

nextWhich Type Of Comb Is Good For Hair? 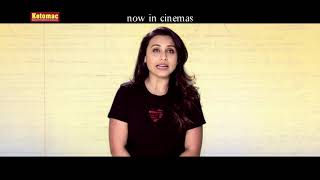