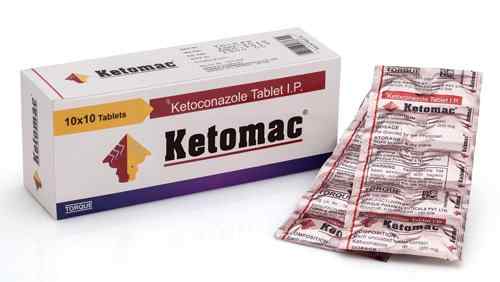 Talking about Ketoconazole is an antifungal medicine, and it has been shown to boost overall hair growth studies. It has also been claimed that it has some impacts on DHT, the hormone that is responsible for baldness in men.

Though Ketoconazole is a safe and valuable addition to a hair loss deterrence stack, it is not a magical hair loss cure. Like different non-prescription hair loss treatments, there are a lot of rumours and myths out there about what Ketoconazole can and cannot simply do for your hair health.

Rather than promoting healthy and smooth hair from within, Ketoconazole is more about controlling microflora on the scalp. This is necessarily an antifungal treatment, which some researchers claim slows down hair loss. But again, you can always go for the items that get you perks. You can check out the benefits of the Ketomac tablet and ensure that you have hair that you can flaunt with your chin up.

Although administered orally for fungal infections, most of the ketoconazole hair growth items are topical, generally shampoo. It is possible to compare different products and make the most of the right ones, and you can check out the options in Ketomac.

Anyhow, ketoconazole shampoo is available over the counter in restricted concentration. In some countries, products with a higher concentration of Ketoconazole are there only when prescribed by a health specialist as an antifungal treatment. This is because of the possible link with liver damage, making the treatment the last option for some infections. If you are not sure about such treatment, speak to your doctor or dermatologist to tell you about the possible risk. For now, here are some myths that you should know about.

Another tenacious myth about Ketoconazole is that it may trigger you to regrow the hair you have already lost due to male pattern baldness. Well, just like most of the myths, this one has a grain of truth to it. Though Ketoconazole can’t regrow the hair that has fallen out as an outcome of male pattern baldness, it may help you regrow hair that has thinned out as an outcome of seborrheic dermatitis.

Seborrheic dermatitis is one of the diverse scalp conditions that can trigger temporary hair loss. In this instance, hair falls out not because of the issue of DHT but because of scaly, oily, and even inflamed skin and an extensive amount of sebum that makes your hair growth difficult.

The truth is simple. Any hair you lose because of male pattern baldness is gone for most areas. While many hair follicles can grow back using finasteride, a hair transplant is the only established way to “regrow” covers of permanently lost hair.

Ketoconazole is More useful than Minoxidil.

One of the more general myths about Ketoconazole is that it is somewhat equally or more effective than proven hair loss treatments like Minoxidil. Here, the reality is that while Ketoconazole is associated with an improvement in hair growth in some studies and even accomplishes similar results with Minoxidil in one study, there is not the same volume of data depicting that Ketoconazole is as effective as that of Minoxidil.

Having mentioned so, most of the studies that have tested Ketoconazole as a hair growth agent discovered that it does have a quantifiable effect on the growth of anagen hair follicles, which are the hair follicles in the active, developing phase.

The point is simple: if you want to boost your hair growth, a ketoconazole shampoo like that Ketomac might be an excellent addition to your hair health routine. You do not assume that it’s more effective on its own than that of Minoxidil, as there isn’t sufficient data to support such a conclusion.

Another simple ketoconazole myth is that it clogs the conversion of testosterone to DHT, or even that of dihydrotestosterone — the male hormone that harms the hair follicles and triggers male pattern baldness to grow. There is no conclusive scientific evidence showing that Ketoconazole has any real impact on DHT levels in the body.

It simply means that you should avoid relying on ketoconazole shampoo as a DHT blocker. If your hair is beginning to thin or recede and you wish to lower your DHT levels, you may require using an established, FDA-approved 5α-Reductase inhibitor such as finasteride.

You Need Only Ketoconazole as the Hair Loss Treatment

Finally, an annoyingly common myth about Ketoconazole is that it is the only product you require to take to stop hair loss. Well, it is easy to understand. After all, who would not instead make use of a daily shampoo than take a pill and apply a hair growth serum or foam?

Unfortunately, though Ketoconazole can effectively treat hair loss and improve the rate at which you grow new anagen hairs, there is no proof that it’s an effective hair loss treatment on par with finasteride.

Now, if you are suffering from extreme hair loss caused by male pattern baldness, Ketoconazole generally would not be sufficient to stop it. This is particularly true for folks with hair sensitivity to DHT and obvious, deteriorating hair loss.

Remember that to cease the issue of male pattern baldness. You need to stop DHT. This means you cannot simply use Ketoconazole on its own with any probability of success. Most research and studies show that the most potent treatment for hair loss is a blend of finasteride and Minoxidil. These treatments both have a myriad of scientific data to back them up and thousands of successful users worldwide. And the good part is that they are both FDA-approved for treating the issue of androgenetic alopecia.

Though there’s no harm in using ketoconazole shampoo, mainly the one you can buy over the counter, you should not ever rely on it to replace finasteride and Minoxidil. In its place, the best option is to speak with your hair loss doctor about using ketoconazole shampoo like Ketomac and your existing hair loss products to block DHT and rouse new hair growth as strong as possible.

To sum up, once you understand the usage of different products like the Ketomac tablet, you can make the most of them. It is general ignorance that leads to myths.

previousEverything You Want To Know About Ketoconazole Cream!

nextAll About Dry Scalp And Dandruff